April 27 Update: Interesting article on The Nitrate and Nitrite Myth by Chris Kresser. Certainly worth reading to balance out the more popular negative views of nitrates and nitrites.

Bacon is a well used option in our Paleo Diet. We use it for flavor in main & side dishes, as a complementary protein element of meal - especially the morning, paired with eggs - and we use the leftover grease to cook with (i.e. stir frys & sautés.) It makes the dish savory compared to the sweetness of coconut oil. This is not a technical post but general observations about bacon. There is a lot of debate about it being a healthy part of a Paleo diet. Feel free to do your own research and draw your own conclusions. The key take aways for me are, use in moderation and find a good, local or well-documented healthy option. Stay away from the commercial versions - but then if you are on the Paleo Diet you already knew that.

Again, I'm no expert but I've done my reading. Beyond the nutritional/health debate, here's what I've learned.

As I mentioned earlier, bacon is cured - even if labeled "uncured," but again, it really comes down to preserving the meat. It is the moisture in meat that can cause the meat to go bad, so after the meat is cut it needs to be cured to some degree to prevent the meat from spoiling - or to make it last longer. Back in the caveman days they would just hang meat in their cave to dry it out. If you've ever had a fire in a cave you know they are notoriously bad for ventilation. So, the fires that would help keep the cavemen safe and warm as well as dry the meat would also help to flavor it. Of course the migratory & survivalist nature of cavemen made the need for a more efficient drying process to be invented. Lest your fellow caveman just wait for you to do all the hard work and your fire to shine the way to their next prepared meal. Enter the high tech world of salt.

Ok, maybe cavemen didn't find salt or salting as a curing process, but at some point (there is documentation of around 6000 B.C.) someone determined that salt was really good at removing water from meat and keeping bacteria and bad stuff from making the next dinner someone's last. Did you ever wonder what happened to that first guy who drank sea water to quench his thirst? He or his friends must have gone on to figure out that salt water (a.k.a. brine) could be used somewhere in the dehydration process. Now there are typically two ways of applying the salt - in a water solution (brine) or in the dry form. Here's where it gets grey.

As mentioned earlier, all bacon goes through an initial curing process. Even uncured bacon is cured. The ingredients used typically define whether it's cured or uncured. If it's labeled "Uncured" typically that means more natural ingredients were used to preserve & flavor it. Salt, Celery Salt and/or a bit of Sugar. I'm not going to get into Nitrates - that's a debate/discussion all to itself (update: see the Nitrate Myth article for one view) . I will say that there are many naturally occurring nitrates in vegetables like celery which is one reason it is used in the curing process. Sounds like it is efficient at preserving as well as maintaining the color of the meat. The term "Cured" as seen on packages now seems to be more synonymous with the manufactured (chemical) versions of preservatives that mimic the natural salts & flavorings. From what I gathered, it seems this is the more commercial or processed version of curing. Again, this is a very grey area - so do your shopping & ask questions especially since the whole point of the Paleo Diet is to find sources of food that are as closed to natural as you can get. I tend to focus on finding an uncured or naturally cured version.

Ahg, what does it all mean?

To me eating & buying bacon comes down to these key points:

Get past the mainstream bad press of bacon - there are a bunch of options out there. Figuring out how to buy healthy bacon for a paleo diet simply comes down to getting informed and finding a good source.

1. Our local Whole Foods has a few good options:

Pederson's Natural Farms - Uncured, No Sugar, Hickory Smoked Bacon. They claim it to be pork raised without the use of antibiotics or growth stimulant and fed no animal by-products. Minimally process and no artificial ingredients or preservatives.

Whole Food's Wellshire Dry Rubbed Bacon - a simple in store option. Includes Sea Salt, Raw Sugar & Spices. They claim that they partner with dedicated family-owned farms and producers to make sure that their pork is the best whether it's for everyday meals, or your special celebrations.

The animals are raised with care with no antibiotics — ever, no animal byproducts in feed, no gestation or farrowing (birthing) crates, bedding required in housing & no supplemental growth hormones since Federal regulations prohibit the use of hormones in raising pork, poultry, goats, veal and bison.

2. Another local RVA option is Belmont Butchery. I've had their Pancetta & Bacon and it is very good. Comes at a price though - I tend to use that more for special occasions.

3. I'll note this one as well, although I haven't tried it yet. One of the comments from the Nitrate Myth article I mentioned above has the owner of  Autumn Olive Farms in Waynesboro, VA chiming in on their Pastured Pork. There doesn't seem to be an online ordering option, but they might prove to be a good source since they clearly raise their product with care and in a natural environment. 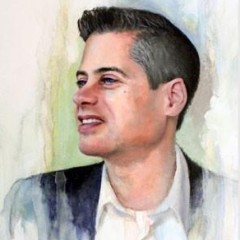